The reserve of Arjuzanx, a favourite site and a stopover for the cranes

A former mining area from which the French power company EDF extracted lignite, the site of Arjuzanx has become, after its restoration, a sensitive natural site of great value at European level.
From 1983, the first Common Cranes began to return to the area, which has since become a National Reserve ; every winter, several tens of thousands of cranes use it as migratory stopover while 25,000 to 30,000 of them seek shelter, from mid-October to mid-March, in what has become one of the main wintering sites for the Common Crane in Europe. 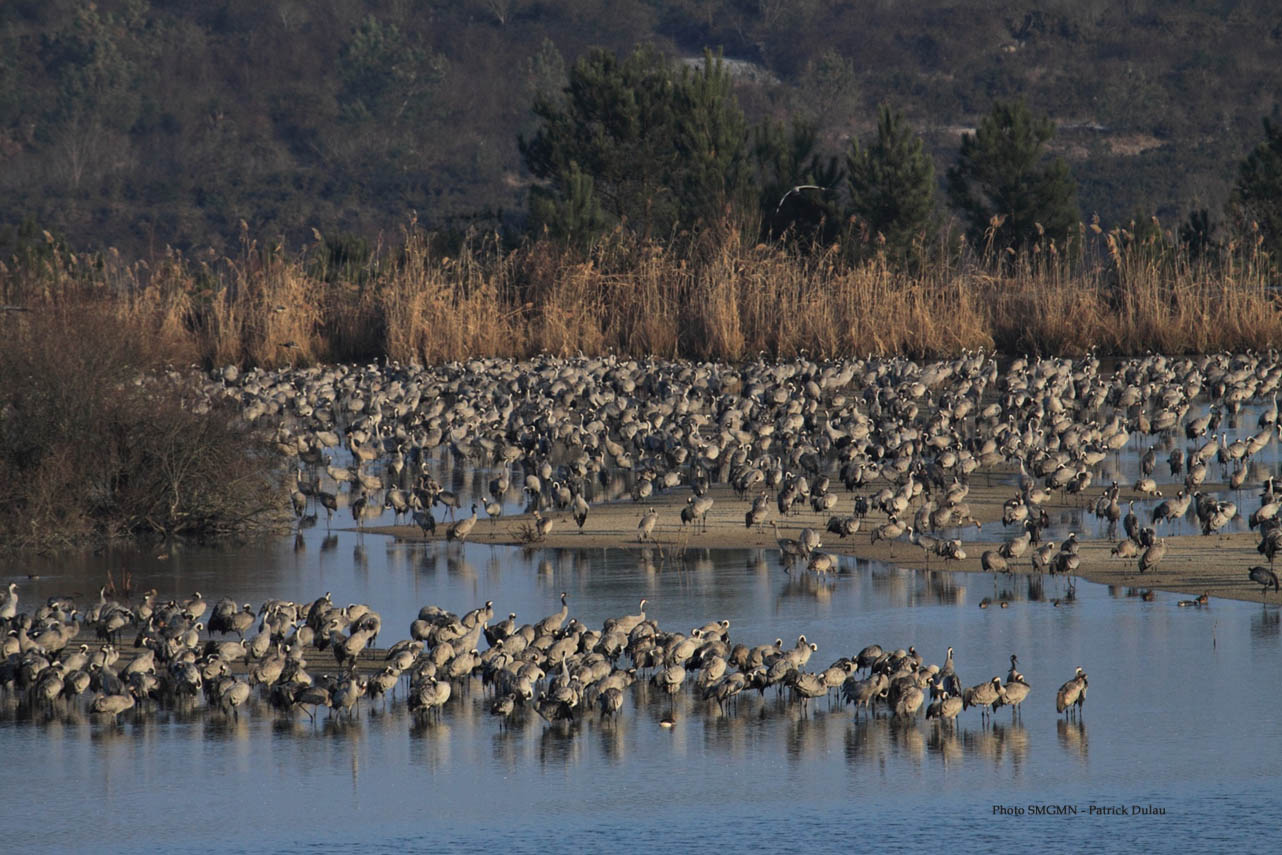 The attractiveness of this place comes also from the fact that, nearby, there are huge farmlands areas (cornfields) which provide the cranes with the food source they need to stay there all winter long.
The area around Arjuzanx is crisscrossed by their daily journeys. From dawn, they leave their bedding areas in order to join the feeding grounds, and, at the end of the day, they find back the tranquility of Arjuzanx's rest places where they return until it gets dark