The national nature reserve of étang de Cousseau was created in 1976. It is located 50 km west of Bordeaux and 3 km east of the Atlantic coast, in the Bay of Biscay.

The SEPANSO is the NGO in charge of managing of this remarkable wetland.

Spreading over 882 ha, the reserve is composed of 4 main habitats. A 50 ha freshwater lake is locked between 300 ha of forested primary sand dunes on the west side and 444 ha of peaty marsh (reed, willow, great fen-sedge, bucktooth) plus 88 ha of sandy heathland (purple moor-grass) on the east side. 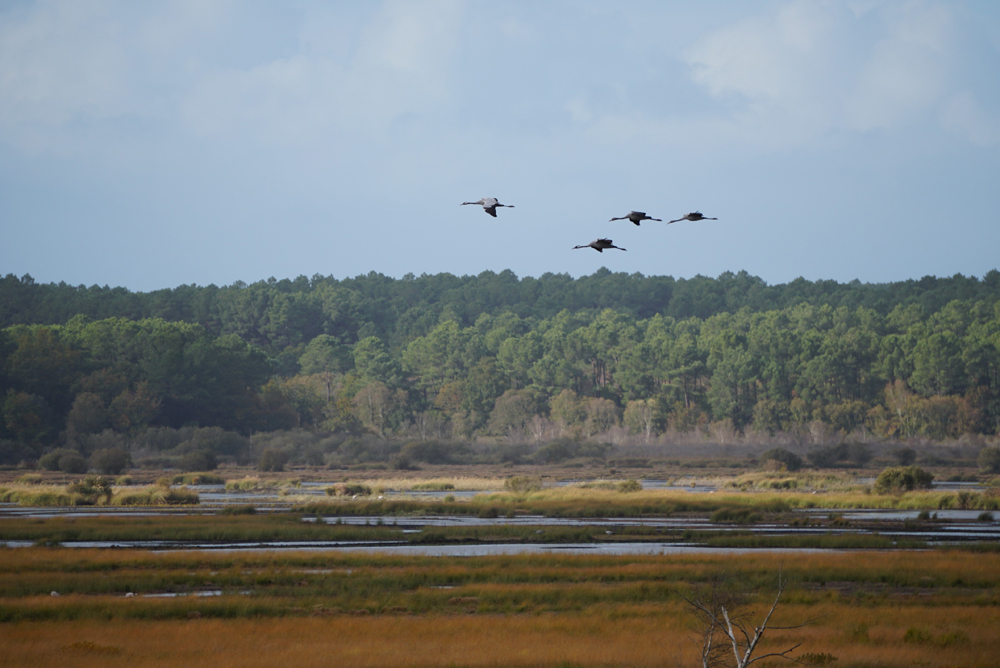 The marsh is managed by a herd of marine landaise cattle, a local rustic breed, in combination with mechanical mulching to keep the habitat open. Water levels are managed using a network of artificial channels and water locks. They are kept optimal year round for water birds, especially waders.

These conditions are perfect for the overwintering of thousands of common cranes that spend the day feeding in surrounding maize fields. 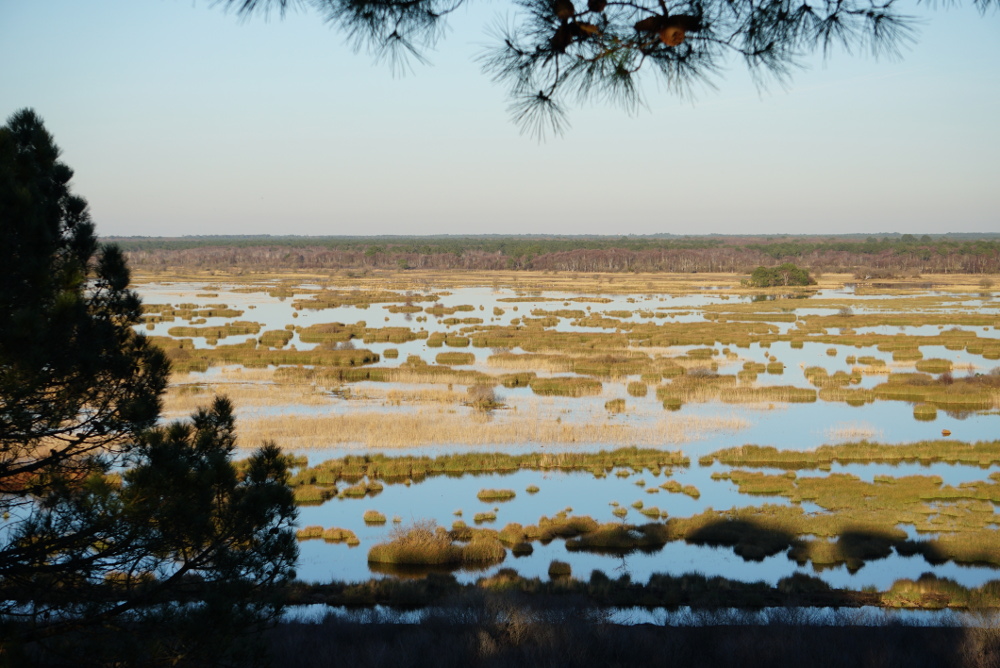 The overwintering of common cranes at this site began with just seven individuals in 1988. By 2000, 40 individuals were observed. Numbers continued to rise, reaching 1,000 individuals by 2009. Recently, population growth has become exponential, from 2,516 individuals in 2013 to 7,000 common cranes in January 2019. Today, the nature reserve is one of the most important wintering site in Gironde. 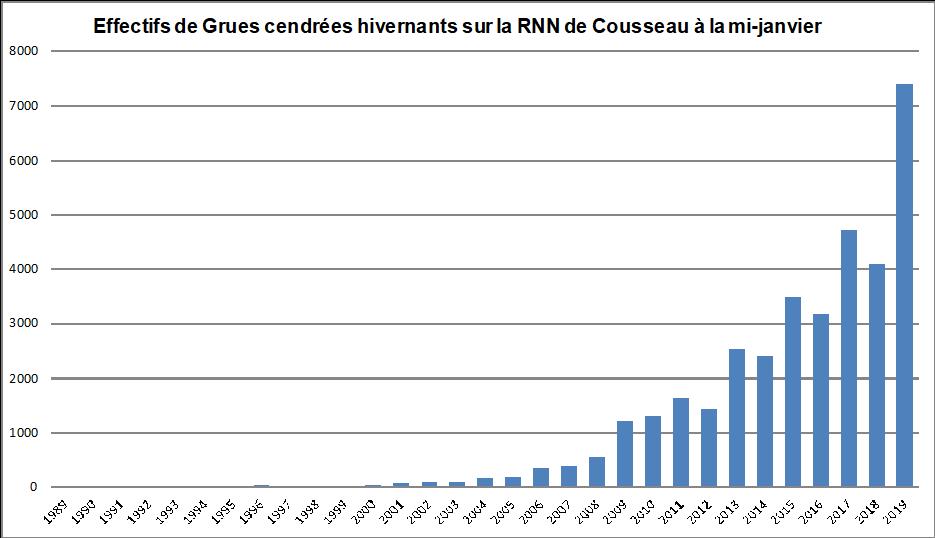 The Reserve is also part of the regional network « Grus gascogna ». This project aims to develop knowledge, conservation and education around  the common crane in the region of Landes de Gascogne. 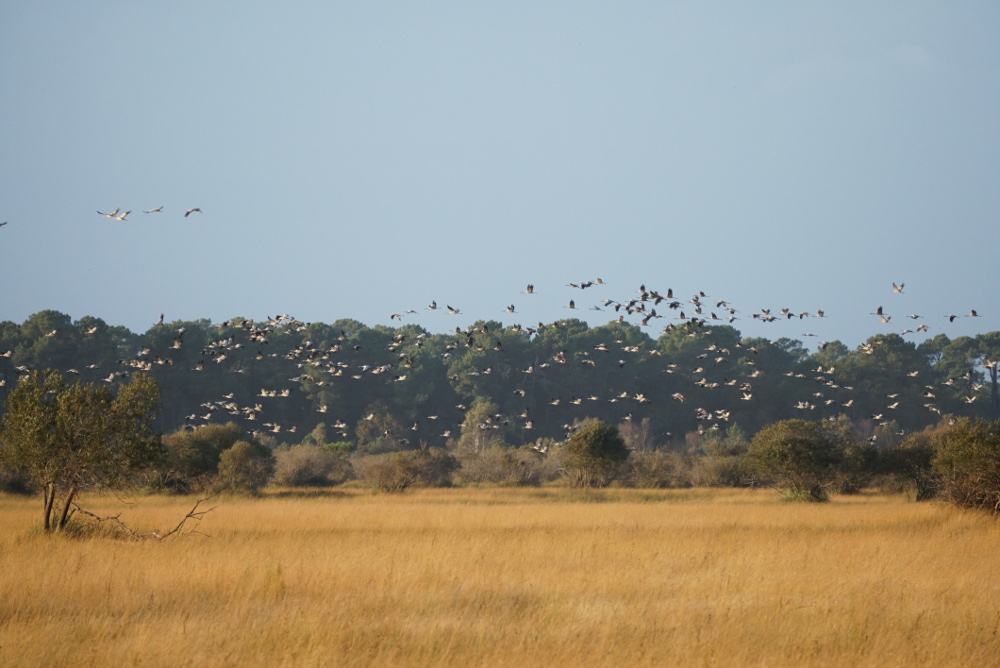 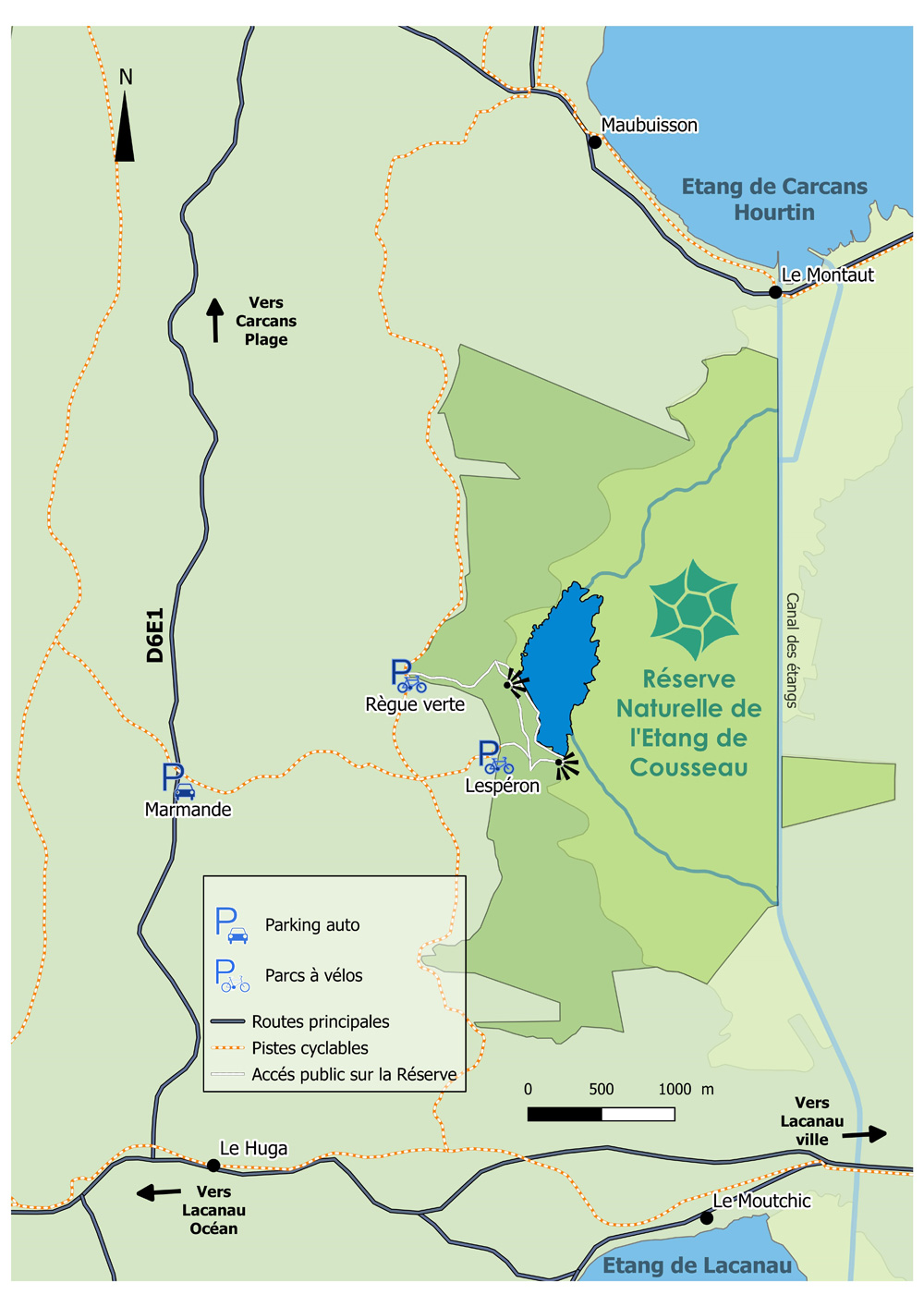 From mid-October to mid-February, common cranes can be observed from one of the three obseration points (including two 12 metre and 20 metre high towers). The show usually begins in the middle of the afternoon and continues untill sunset, when you can watch the common cranes return in huge groups from their feeding grounds to spend the night in the marsh.

A public path is open year-round on the reserve, from sunrise to sunset. Bicycles and dogs without a leash are forbidden.