The dam of Puydarrieux (43.17 N / 00.23 E) is located on a strategic point on the migration route following an axis NE / SO, between the Northern breeding areas, just before the barrier of the Pyrenees (3 000 m) and the wintering regions in Spain. 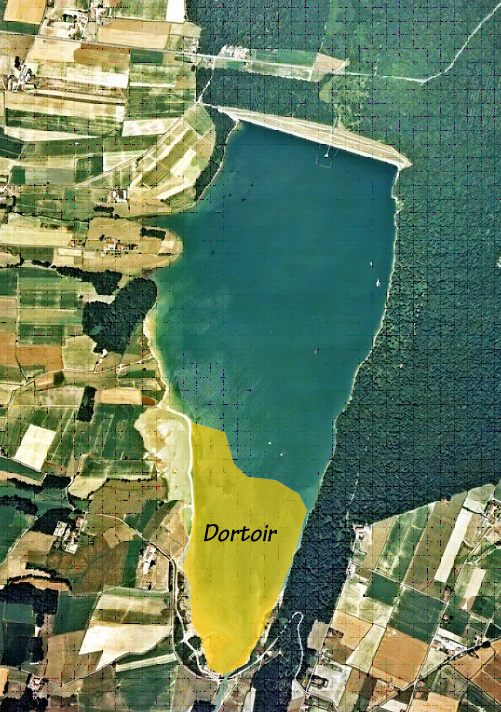 This site for wintering and stopover offers a high variety of food with an important tidal area which becomes a vegetable area as the water level declines. The ground cultivated in the immediate vicinity of the site as well as the feeding areas nearby make up important food resources. The Lake of Puydarrieux fits naturally over the years among the important parking sites for the crane species.

The Lake has an ornithological interest which continues to grow year by year, welcoming over the years nearly 240 species of birds including some remarkable such as the White-tailed Eagle, the Pink-footed goose, the Sociable Plover and the Bonelli's Eagle.

During the last years, the Lake of Puydarrieux hosted during this migration only a few individuals tired or still young and only a few units. This was not the case in February 2002 as more than 4 000 individuals have attended or flew over the site on the day of 25 February.

Attention: The Area of Tranquility settled on the upstream portion of the Lake, the forest in right bank and the farmland in left bank, to ensure the tranquility of the birds, is strictly forbidden to human penetration; the observations can be made from the side of the road