La Janda The area known as La Janda is a huge agricultural area in southern Cádiz province that was once one of the biggest lakes and wetlands in Europe with a surface area of 3,700 hectares. The Common Crane used to breed on the lagoon until 1954.

Unfortunately a process of drainage was started in the middle of the 19th century and completed in the late 1960s, destroying this wetland paradise that was once on a par with Doñana in terms of ecological importance.

Today it is an agricultural land that still retains important natural values that are enhanced when unusually heavy winter rains temporarily flood the basin. 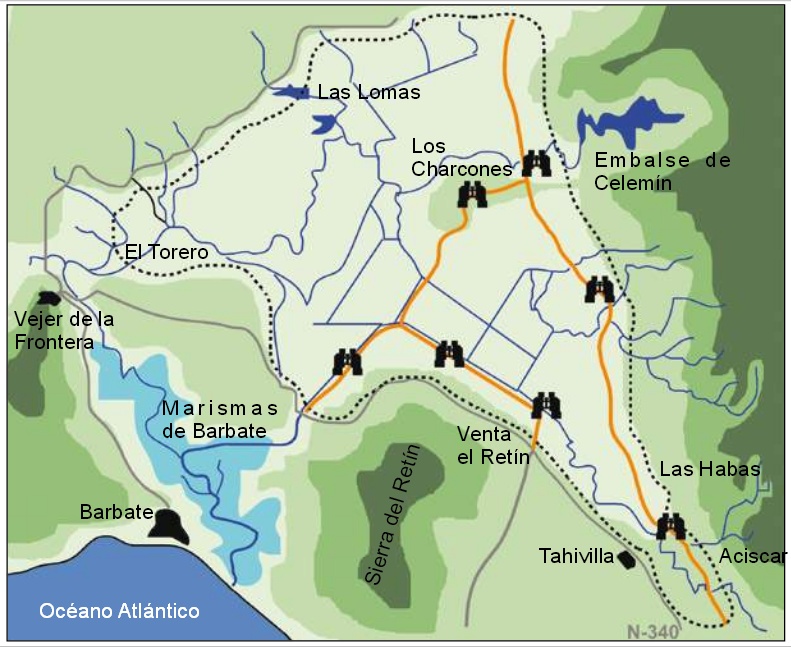 Currently, La Janda and the surrounding areas are very heterogeneous with regards to vegetation, including one of the few wild olive dehesas of the Iberian Peninsula, and pasture and cultivations that include an interesting community of grassland species, such as Common Crane, Collared Pratincole, Black-winged Kite and Montagu’s Harrier. Moreover, it is the only place where the Great Bustard may be seen in the whole area of the Strait.

We must also mention the important role played by the many drainage channels for aquatic species, as they provide marshland vegetation on their banks; and also the recent creation of rice paddies that have provided another habitat for those species.